Did a little shopping today… 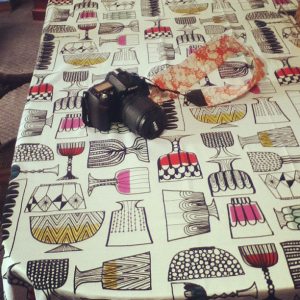 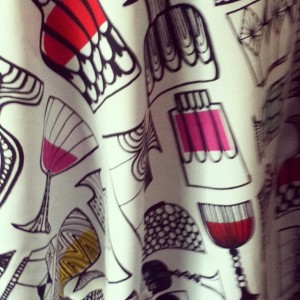 I finally broke down and purchased a brand spankin’ new tablecloth from Crate and Barrel.  It’s called the Marimekko Kippis Tablecloth. Don’t even look at the price tag! I def. splurged on this little purchase.

We’ve needed a new one for some time now in our formal dining room (which is a work in progress, blog post to come). I didn’t even bother taking a picture of our old one (it was plastic!).

After my little shopping spree I sat down and chowed down on some tasty Cherries! 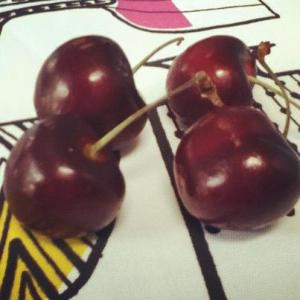 I’m off to do a bit of cleaning. We’ve got some friends coming over to for dinner!

….the old man is snoring!
Our garden is thankful for the rain we got today. Especially these peppers! 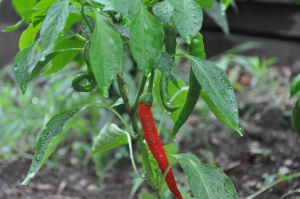 It’s been really dry around these parts for most of July. This is one of the first rainstorms we’ve gotten in almost a month. Not sure if the dry weather is a factor with our tomatoes that refuse to turn red. We’ve been eating a lot fried green tomatoes lately. Recipe to come soon. 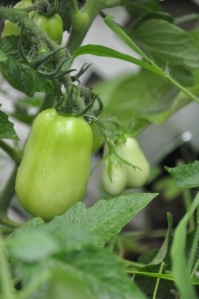 Even my Kong Rose perked up with the rain drops. 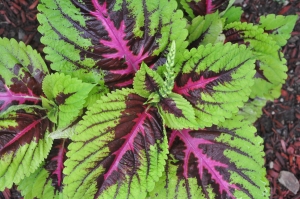 And our water hyacinths are doing really well! 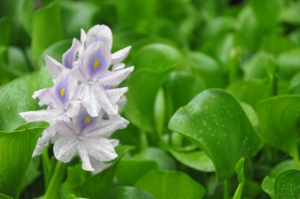 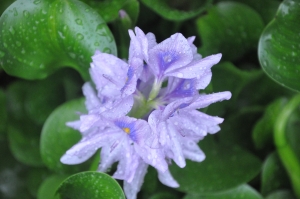 This is my first attempt at gardening since we moved into the house and all in all I think I’m doing well. Fingers crossed, nothing has died yet! 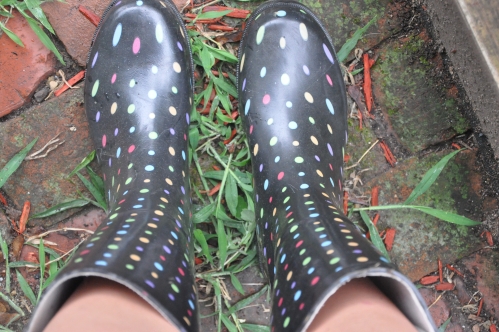 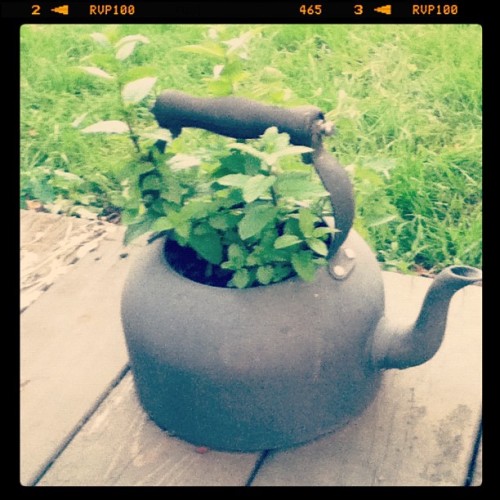 It’s going to be HOT HOT HOT tomorrow. Forecasters are predicting a HIGH of 90 degrees with PM thunderstorms. Hoping for more rain so I don’t have to break out the hose!

Posted in Home and Garden

Welcome to Cooking with Beans. I’m Beans, the woman behind the blog! My real name is Valerie, but I earned the nickname because of a disastrous culinary episode.  I’m 27 years-old and live in Harrisburg, Pennsylvania with my boyfriend, a crazy/eccentric cat and an aging Beta fish. 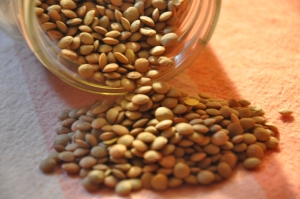 Cooking with Beans isn’t just about food , it’s a lifestyle blog. On here you’ll find daily inspirations for recipes, DIY projects, fashion and all my adventures!

So how did this nickname fall upon my shoulders you ask? Well, a few years ago I set out to make my first real pot o’ beans. Determined to expand my culinary world I stepped away from the can opener and grabbed a bag o’ dried beans. Here’s where things went horribly wrong.
Figuring beans should only take an hour to cook (now I know they take anywhere from 3-5 hours) I thought I’d whip up beans for dinner. Long story short, dinner was served at 9PM at night. As if that wasn’t bad enough, I managed to make the entire house smell like beans for an entire week (I made a really, really BIG bag of beans). Since that first failed experiment I’ve discovered the “quick soak method” and haven’t looked back since (source: Bon Appetite).

Mi Familia
My boyfriend, (sidenote: on this blog I’ll refer to him as Eggs) and I have been together for 3 years. But before that we briefly dated in high school. I was a senior and was heading off to college. Insert awkward teenage breakup.  About 6 years later, we reconnected on a whim and it has been nothing short of butterflies and fireworks! As they say, the rest is history. 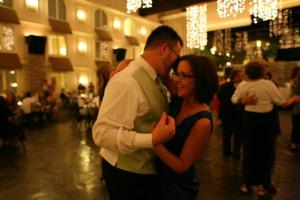 We have a crazy cat named Rommel. He also functions as an alarm clock and escape artist. 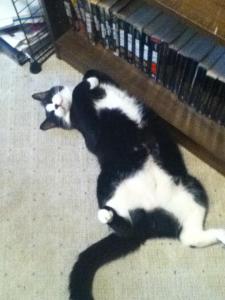 Rommel
Oh and I should mention we have a Beta fish named Sancho Panza! The boyfriend got Sancho while he was reading Don Quixote. He’s super old, but he’s really gorgeous! I tried to get a picture of him all fanned out but Sancho likes to hide under his rock. So this is the best I could muster! 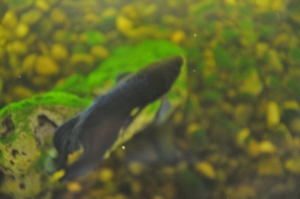 I am the youngest out of my three siblings and I’m an aunt to 5 of the coolest kids in the world (note:i may be a bit biased).Fun fact: there is an 11 year age difference between my brother and I.  My sister is also 8 years older than me. My mom had me when she was 37 after my family moved from Ohio to Pennsylvania. The folks just bought their first house and I was what we call an unexpected house warming present! 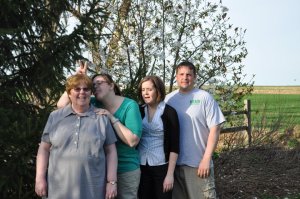 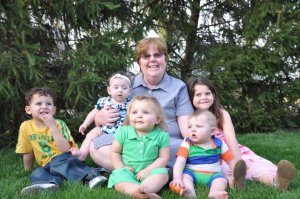 My mom with all the nieces and nephews.

In 2007 I graduated from Slippery Rock University with a degree in Journalism. After college I landed a job at a local TV station as an Assignment Editor. I quickly ascended the ranks as a writer and producer. In September of 2010 after some soul searching, I decided that I wanted to go back to school to pursue a career in healthcare. Journalism was always a passion of mine and it took a very long time to realize it wasn’t what I wanted to do with my life. At the beginning of 2011 I began taking classes at the local community college to pursue a degree as a Radiological Technician (i.e: x-rays, CAT scans, MRI). I work full-time at the TV station and go to school part-time which means the typical 3 year program is turning into a 4 year program for me!

I absolutely love learning and being back in the classroom is nothing short of amazing. It’s a lot of hard work, a lot of late nights and sometimes I feel like I’m being yanked in way too many directions. But I feel it’s worth it! I couldn’t do it  without all of my family and Eggs support. Personally, I feel that making the drastic career change has been one of the best decisions I’ve ever made. People always ask if I regret going to college for Journalism and the answer is:

“I don’t regret getting my degree in journalism. Yes, I shelled out A LOT of money for something I may not use again. Yes, I’ll be paying student loans until I’m dead. But I would never be where I am now if I hadn’t accomplished all that I have. Journalism opened up a lot of doors. If  I didn’t pursue my news career I would have always wondered, what if? Now I know. I love writing, I love tracking breaking news, I love being behind the scenes and putting together shows and I love the rush of adrenaline on breaking news stories.

In the end it’s not what I want to do. Having the degree got my foot in the door and launched me into the “real world.” I’ll never regret all that I’ve learned and all of the wonderful and amazing people I’ve met along the way!”
Thank you for reading my blog! If you have any questions, please email me at cookingwithbeans@gmail.com or ask away in the comments section of any post.

The Crepes of Wrath
The Pioneer Woman

Plowing through Life in the Country...One Calf Nut at a Time